Home » Famous representatives of the direction » GRAFFITI AND STREET ART: UNDERSTANDING THE DIFFERENCE

Surely you have seen these, at first glance, meaningless, inscriptions on the walls of houses, fences, lanterns. Let us recall only the recent situation, when new lanterns were painted in the square behind the Opera House – these are tags. Tags are left by graffiti artists to get to know each other in a subcultural environment, check in and leave their mark. 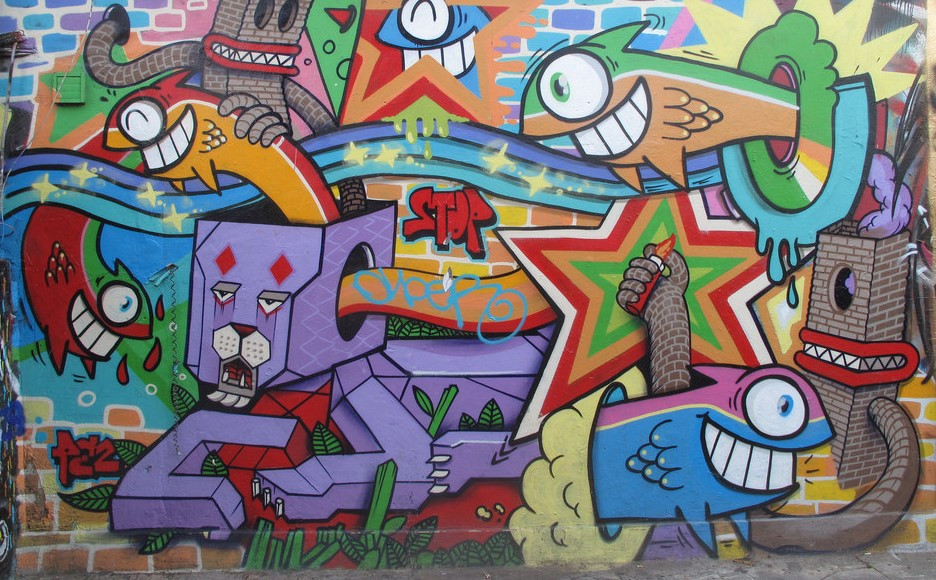 The first to leave tags was Taki 183. Taki worked as a courier in New York in 1971. When he delivered orders, he wrote his name and the number of his district on the houses. So he became the first whose tags went down in history, and also got on the pages of the New York Times, as the writer Taki 183. The fashion for tags was picked up by America’s teenagers, and countless names and addresses began to appear on the facades of American houses.

The graffiti subculture is a whole world that many may not even be aware of. The inscriptions that cannot be read are the signatures of the writers, this is how those who deal with graffiti are called inside the subculture. And they write tags not for the townspeople, they are written for other writers.

With the help of tags, writers declare themselves in the world of graffiti and street art. At the same time, there is such a tendency – where one tag appeared, many more tags will appear. In the world of graffiti, it is considered significant to declare oneself where no one has yet declared, and the more extreme and provocative the place, the cooler the writer looks in the eyes of his like-minded people. After all, graffiti is still a protest, a speech against laws, a violation of the rules.

That is why tags appear on lanterns, facades of historical buildings, where another person will have the question “how did you get in there and write?”. In general, this part of the subculture is only for those who enter it.

Some writers have their own style, which is also a tag – draw a cat, a bulldog face, a curly head, an angel. These symbols become recognizable. If you look closely at the wall paintings, then every city dweller will be able to play the game “find the cat”.

The modern world does not stand still, so writers now have stickers, posters and stencils. This saves time, because in order not to be noticed by the police or vigilant citizens, you need to leave your tag in the urban space as soon as possible. But still, in Yekaterinburg, there are still old-school writers who draw tags in the old fashioned way, with a can of paint.

Such stickers can be found on road signs, traffic lights, poles with an announcement. 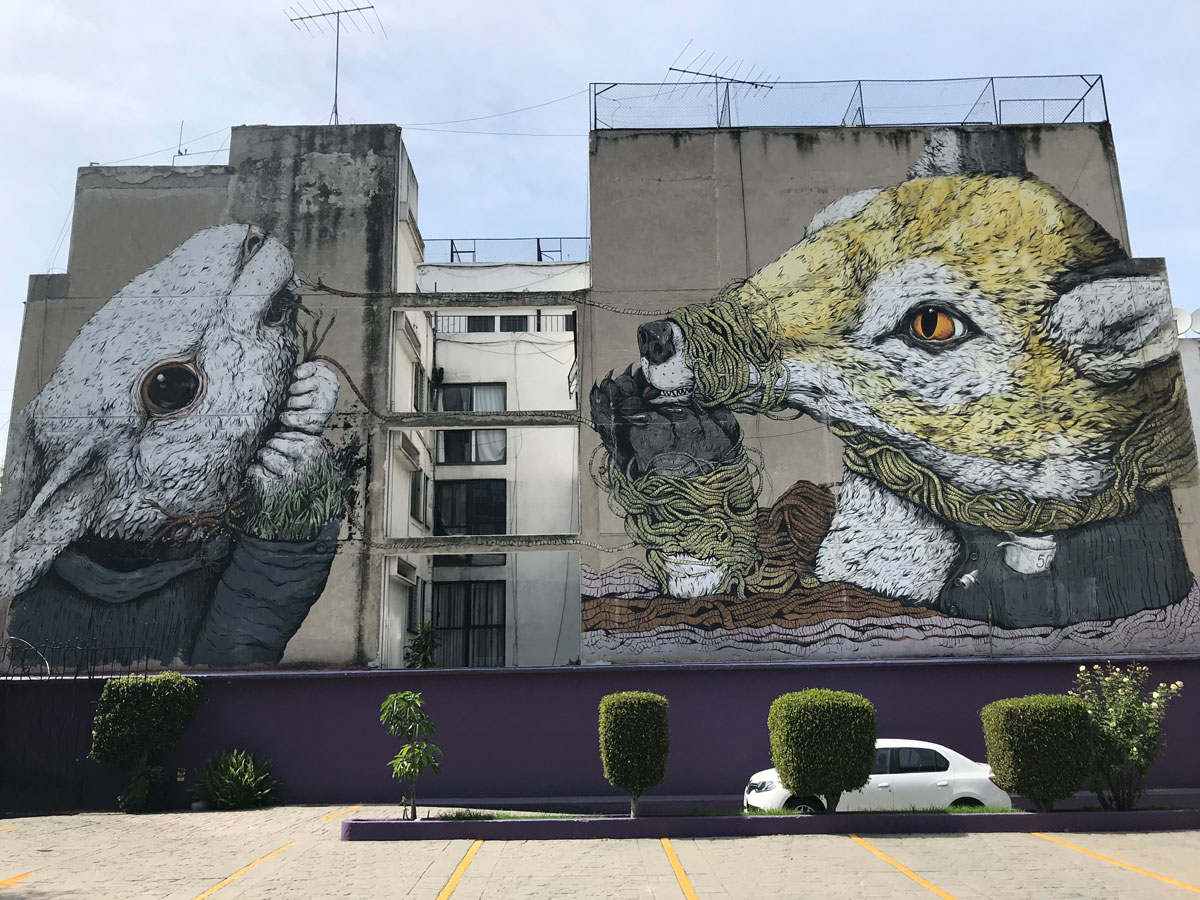 Well, graffiti is not street art, so many citizens do not like it. Street art is full-fledged, thoughtful compositions. Usually they appear in urban space legally, at street art festivals, at venues agreed for this. Such work requires a lot of time, the use of technology, more money. But this does not always happen either. There are street artists who realize their work spontaneously, without approval, and they stay in their place for a long time.

Street art is painted by street artists. Graffiti is drawn by writers.

And here it is worth talking about the “mass market” of street art, and works in the canons of street art. A squirrel or a raccoon, as if they came out of a colorful cartoon, will appeal to many and are unlikely to cause resentment of the townspeople. But the transition, painted with lines, or the “Suprematist Cross” by Pokras Lampas, will not cause positive emotions for everyone.

Print as an object of creativity and respect

By the way, there are stars among street art artists. In general, it is not customary in the community to spoil other people’s work. That is, tags will not appear at the work of a street artist, this is disrespectful. And the city authorities have found how to use it for the benefit of the city.

Rospechat kiosks are often attacked by writers. To rid them of unwanted inscriptions, the kiosks were asked to paint and entrusted this to Maxim Revanche. Several months have passed, and the kiosks painted by Revenge are still clean.