Home » Famous representatives of the direction » Types of street art

The desire for self-expression is inherent in many creative individuals. When there is a desire to create, to create, and not to sell their works for several thousand dollars, the artist does not care what kind of canvas or what kind of platform for creativity in front of him. This is the freedom of street art. This is how street art is born, when the city becomes the scene of action with its gray walls, roads and abandoned areas.

Street art is a type of fine art characterized by a pronounced urban style.

Many people are familiar with one of his directions – graffiti, but this is not the only form of self-expression of street artists. There is also screen printing, the creation of posters and installations, painting with stickers, mural painting and other forms of street art.

Street art began to emerge in the ancient world. In principle, rock art can also be attributed to its manifestations. In its modern form, such creativity originated in America in the second half of the 20th century. One of the founders of graffiti was Taki-183 from New York, whose full name did not go down in history. Working as a courier and moving around the city, he left his signature on the walls, fences, in the subway, consisting of the name and number of the street where he lived. Later, newspapers wrote about him, and already crowds of his followers began to leave their marks (tags), more and more painting the streets of the city. 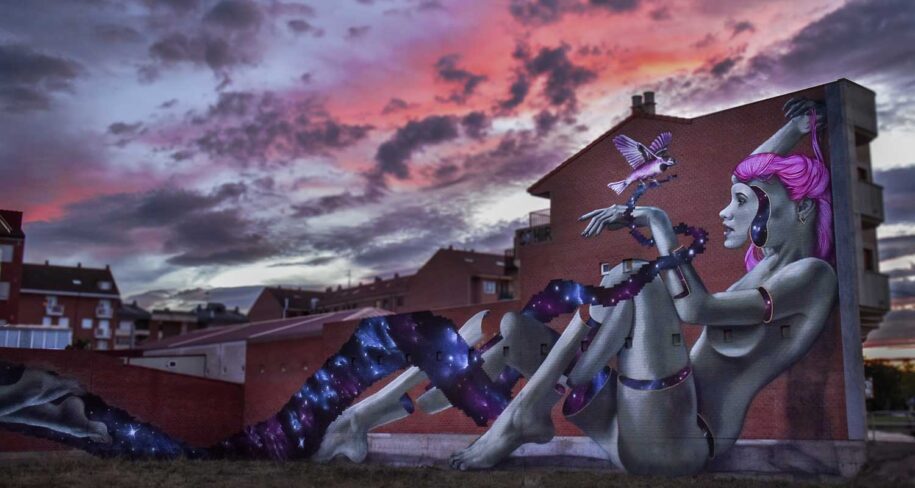 The walls of abandoned buildings served as objects for art.

From America, street art is still spreading further only in the form of graffiti. In Europe, this movement has become more “intellectual”. Artists began to call on people to think, to fight for their rights, to protest against injustice, to be active. Initially, the walls of abandoned buildings, the foundations of bridges, and metro stations acted as objects for art. Later, the artists switched to the walls of historical sites, which defined street art as outlawed. It began to be considered vandalism, and so it continued for several decades.

Gradually, this kind of creativity is selected from the underground. Quite legal festivals, competitions, exhibitions and other events are held for street artists, where young people can learn from the masters or demonstrate their work.

Street art is done by people who want to make the city better and more beautiful.

A relatively new trend in street art is 3D graffiti. Artists manage to create unique and realistic masterpieces on asphalt, which from a certain point seem voluminous. Creating a three-dimensional picture can take several days, and its life is quite short: until the first rain or road cleaning. Here it is important to have time to capture your masterpiece in the photo.
Street art is done by people who initially do not seek recognition or fame. It is important for them to make the world around them a little better and more beautiful, to touch on some important social problems, to show the hidden facets of the modern city and their view of the world. If a person can see beauty in a crack in the pavement, a defect in the wall of a building or an ordinary concrete fence and decorate this place, should he interfere?