Street art is a young phenomenon, and, despite the prefix “art”, it has not yet become familiar and respectable as art. Yes, this is not necessary. Whatever street art is – the self-expression of singles, social protest or fashion trends – it primarily exists due to its embodiment. Let not for long. Unlike what exists in words or created on the Web, street art is real. And, as Banksy showed by his example, street art is as real as it is punishable. Concepture undertakes to reflect on the techniques that street artists use and what they add to our reading of street art. 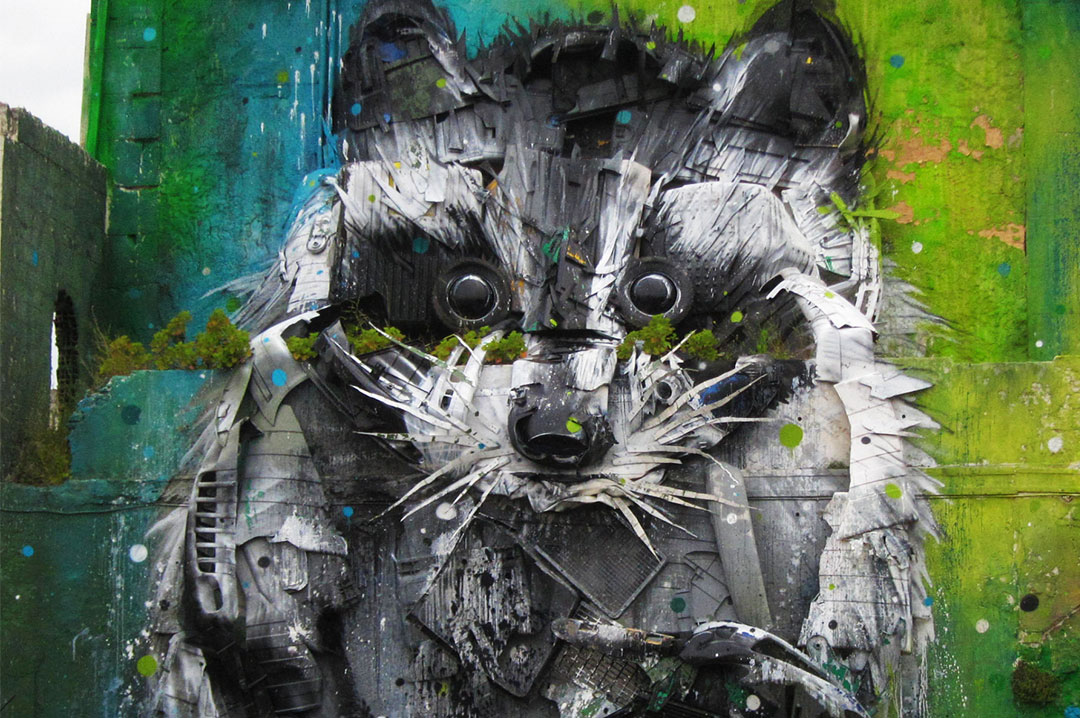 “Using a bad reputation, illegal art is completely invisible, so that it is not even able to arouse our curiosity, but so ephemeral that it is easily erased by bad weather or painting over, and that is why it is valuable.”
brassai
Renowned photographer Brassaï said this about graffiti (he captured a lot of graffiti scrawled in the marginal corners of Paris). Forty years later, several other photographers – Henry Chalfant, Martha Cooper and others – have made modern street graffiti an object of wide cultural interest. Photo and video shooting allowed street art to become something whole. However, modern spray graffiti and street art, unlike classic graffiti and dipinti, are unlikely to survive for centuries. And this is the choice of its authors, which we see, among other things, in street art techniques.

The performance of street art goes back to things that are close and understandable to everyone, because you can draw in many ways – with a finger on a misted glass or a dirty surface, with a small or broken brick on the pavement, with a stick on the ground / sand, or with a stocked marker where you have to. It is common for a person to leave and read traces, even in urban areas.

In public perception, a child drawing on a wall, wallpaper or asphalt is a completely natural and even touching phenomenon, although not approved by everyone. An artist with brushes and paints working on the street also usually elicits smiles and praise. And a person with a balloon of paint in his hand in the minds of the majority is a vandal and a bully. Still, even if street art is done in a different way, the spray can remains its symbol. A symbol of ease and accessibility, as well as a symbol of what infuriates others.

For all the similarity with a children’s drawing (in which there is both expression, and the likeness of tags, and the author’s handwriting), the way street art is embodied in reality makes street writers by no means related to a child who knows the world or a creative worker of art by inspiration (although this it has). Burdened with a backpack with cylinders, a bag, a tube or a tablet, rollers and buckets, a stepladder and a bolt cutter, and God knows what else – he looks like a worker. The lofty rhetoric of the artists of the past is inappropriate here – street art is made by those who are not afraid of work and craft.

Of course, there are a huge number of techniques and I hardly know about all of them, but we will talk about the most common and a few unusual ones.

The most obvious option: freehand drawing with a spray can or brush, usually from a sketch. Sometimes, instead of a sketch, a light projection onto the wall is used. For example, Miss Van uses ordinary brushes, and Monsieur Andre trusts his hand with a spray can. Moreover, in the second case, drawing is somewhat similar to choreography, since it requires verified coordination – nothing can be fixed on the wall. Therefore, most still focus on the sketch, this is necessary if the piece / piece is complex, with several colors.

The fact is that spray graffiti is done in an unusual logic: usually we start with contours or details, and then add the color of the figures and the background – everything is the other way around, first the background and color of the details, then the details themselves and at the end the outline. This method has the most freedom and space for the author’s style, but also very high requirements for the technique of execution. Although it is worth noting that this does not stop some: and as a result, although a primitive, but recognizable author’s style appears. 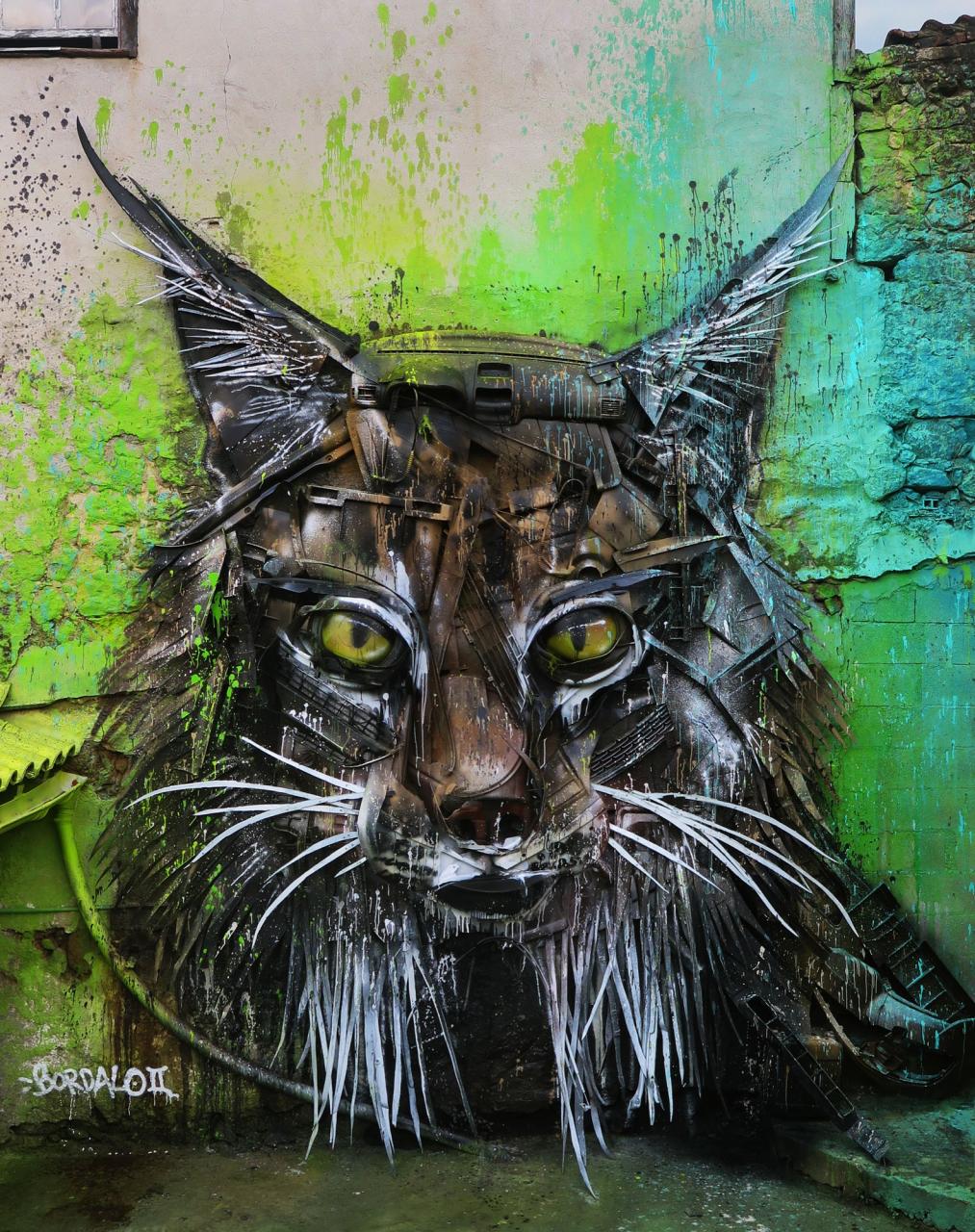 However, this kind of drawings should be distinguished from urban decor (for example, in the Soviet period, walls were very widely used for mosaics, drawings, bas-reliefs). Apart from street art, there is also the tradition of Latin American murals (tracing paper from English murals, it seems to me, is more harmonious than the generally accepted “murals”), which arose in Mexico on the basis of an alloy of traditional monumental painting, revolutionary ideas (folk art) and local culture and then spread throughout the region.

A mural is a painting on plaster on or within a building (usually a fresco or a secco), often created by an amateur, and expressing a simple content. The most common images on houses in Latin America are politicians (Bolivar, Zapata, Che Guevara, Subcomandante Marcos, Chavez, etc.), football players, Catholic saints, Indian gods and stories, people at work.

It is curious that murals are in great demand in countries with different cultures, but a similar political situation: in addition to Latin America, they are very popular in Ulster, Palestine, Serbia, South Africa, India and, for some reason, Sardinia.